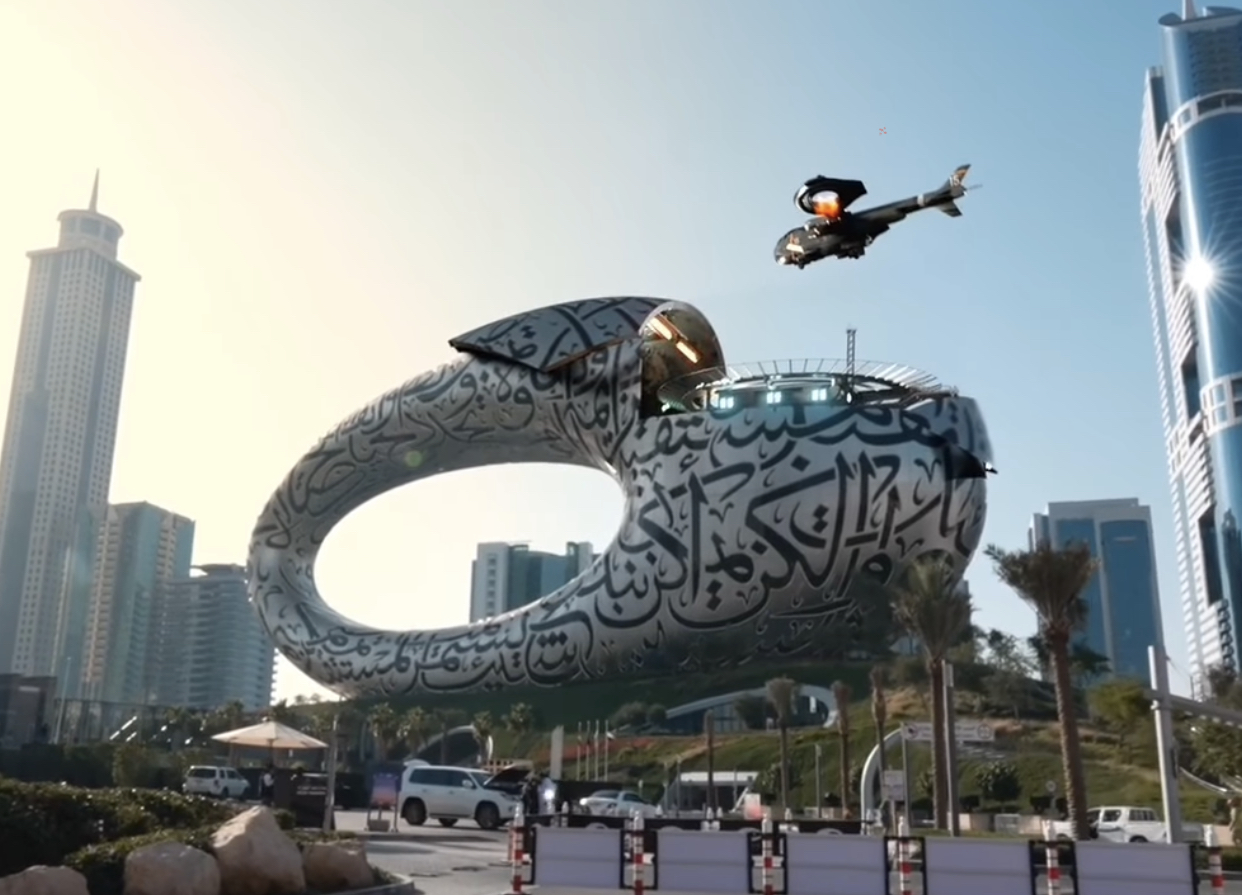 Leaning on green hills in Dubai's finance district, the majestic Museum of the Future has everyone's attention with its spectacular shape, the lightness of the covering, and the contrast between its horizonality and the surrounding vertical skylines. The inside is even more impressive.

This futuristic icon was created by an architect studio led by visionary Killa and Buro Happold using robotic technologies and algorithms. With a height of 77 meters, a surface of 30,000 square meters, and 7 floors, the Museum of the Future is a self-supporting building covered in stainless steel and glass shaped in soft lines. The structure hides many symbolic meanings: its shape resembles the eye, signifying the ability to see; its emptiness symbolizes the greater unknown that remains to be discovered; and its Arabic calligraphy (artwork of outstanding craftsmanship) encapsulates three mottoes by Sheik Mohammed bin Rashid Al Maktoum, which encourage development and sustainable progress. Additionally, the 100 autoctone plants of the park demonstrate the diversity of the world we live in.
As a true science fiction artwork of architecture and engineering, the inside light hall is striking for its lack of pillars and its self-supporting, double-strained staircases inspired by DNA! Sustainability is at the core of the museum's vision. It was envisioned as a global platform for innovators of ideas and projects to exchange their ideas and visions to accelerate social and economic development. The museum guides visitors through an immersive and interactive environment, blending virtual and augmented reality, creating a virtual vision of our cities of the future in 50 years. It presents space as a common source, with the moon getting energy from sun rays and transferring it to the planet in energy banks through a complex system orbiting the Earth. We can all benefit from this. It gives us a place of meditation among vibes, light, and water. It tells us about Muslim culture through the mapping of the solar planets using the ancient instrument of the astrolabium. It shares research on how to produce fireproof and parasite-proof plants. By immersing us in a completely dark room, it makes us visualize the shapes of extinct animals and plants in light columns. It makes us curious and keen to participate in a future that leaves consumerism behind and prioritizes the planet's health and biodiversity.
It is a museum that looks to the future and creates it. This is why the exhibitions will change in response to upcoming discoveries.
In addition, for the inauguration a precise date has been set, the palindrome 22-02-2022, which is the auspice of good luck. May our future be like that too...

The Museum of Future in Dubai with its outstanding and futuristic architecture.
The journalist Mariella Dolci posing in front of the orbit.
The white twisted staircase of the Museum is inspired by the DNA structure.

The robot hand in the Museum.
A temporary installation at the Museum of the Future.
The journalist Mariella Dolci posing in front of the orbit.
The white twisted staircase of the Museum is inspired by the DNA structure.

The robot hand in the Museum.
A temporary installation at the Museum of the Future.
READ NEXT


SUPERSTUDIO. A HEART OF SOLIDARITY