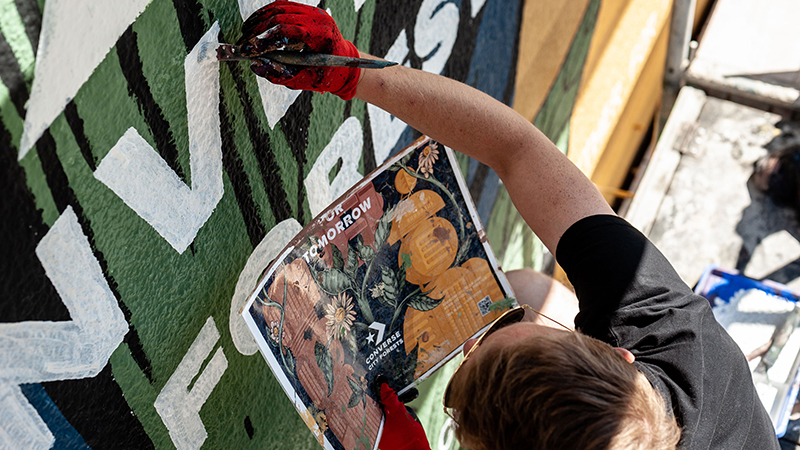 The battle against air pollution increasingly involves production and in particular fashion and similar. The American shoe brand Converse has launched a public art initiative aimed at actively combating air pollution in cities around the world, as part of its current advertising campaign “City-Forests”.

The central concept of the project is the idea of "planting trees" where otherwise they could not grow, having local artists create a series of murals that absorb pollution and that attract and convert air pollutants into harmless nitrates.
These murals are made with a specific paint, called KNOxOUT, which contains CristalACTiV photocatalytic technology which reacts with harmful nitrogen oxides (NOx) from motor vehicle emissions and from factories’ and power plants’ pollutants, and neutralizes them through a chemical process.
This paint then uses sunlight to transform nitrogen oxides into water, small amounts of Co2 and calcium nitrate. Calcium nitrate is water soluble and easily removed, so it is simply washed away by rain, allowing the mural to attract pollutants again. This paint was developed by Boysen using scientific processes that mimic photosynthesis.
To date, 12 murals have been made, in Warsaw, Bangkok, Belgrade, São Paulo, Santiago, Sydney, Lima, Johannesburg, Manila, Mexico City, Ho Chi Minh City, Ratchaburi.
In Australia, Converse collaborated with artist Elliott Routledge and the non-profit organization Rainforest Rescue to create the mural in Woolloomooloo, Sydney. Elliott's work is inspired by the flora and fauna of the Daintree Rainforest, Queensland, and promotes the message "trees are the answer". Converse has also committed to planting a number of trees equal to the cleaning power of the air of each mural, so for the work of Elliott, which is located in a very busy area, 183 new trees will be planted.

Murals absorbing pollution for City-Forests, a public initiative promoted by Converse in several cities around the world. Courtesy Converse 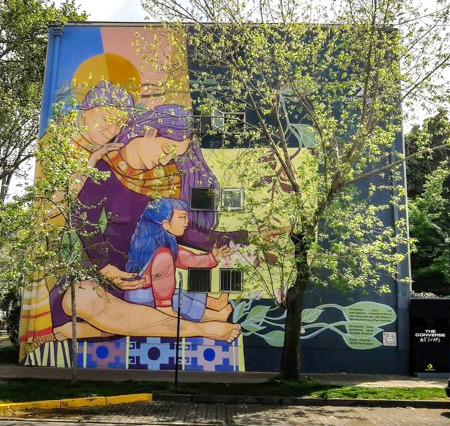 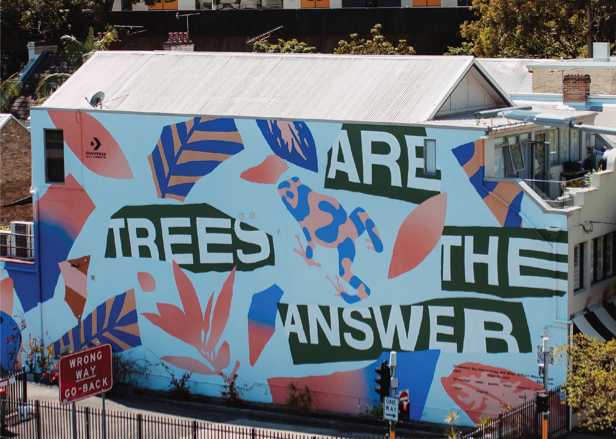 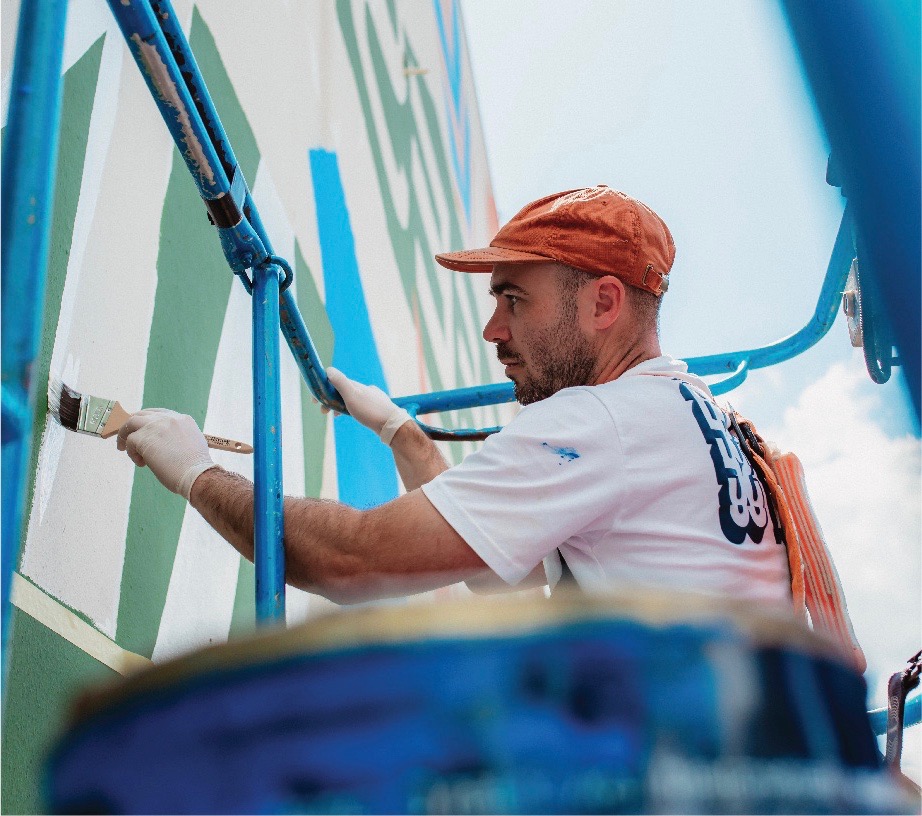 
STEFANO SELETTI: REVOLUTION IS THE ONLY SOLUTION