This year's Design Week ended with a general feeling of satisfaction and Milan took back on its renew role as the design capital of today and tomorrow. Here's where the mind is already thinking about the next edition, with less than a year to go. Nine months is the right time to issue another appointment with a thousand voices imagining a new world. And a number of things can be already gleaned from the "numbers" of the just finished edition.

Milan is back in its role as the design capital of today and tomorrow, and our eye is already turned toward the 2023 edition. There are only nine months left to make up yet another meeting of a thousand voices imagining a new world. If the one just concluded was the edition of the LOOKING AHEAD”, the next will be “………” taking us even further away?

Meanwhile, we turn around the data ballet. The numbers of success, of granted expectations, of some defaillance, of a record which was once again confirmed, of a city that keeps evolving, expanding, mixing up. So. Superdesign Show 2022 at Superstudio Più welcomed approximately 60.500 visitors this year. It was a big win for which we should thank everyone - all the exhibitors who believed in us, our outstanding team that worked so hard amidst continuous uncertainties and ambitious targets. With collaborators, suppliers, and different types of providers, not to mention enthusiastic students and interns.
Instead of the common measurement system for entrance to the presentations of design in the city, which is usually empirical and intuitive, Superstudio has employed a system that mandates registrations to get real statistics and a clear picture of the kind of visitors to the Superdesign Show 2022. This allows us to qualitatively analyze the presences as well. There were more than 60.000 registered, of which 42.953 were online, and 30% of them were from abroad.
If we dig even deeper into those who visited us, we find that 37% were professionals and fields' creators, 34% architects and designers, 20% general public, 4% buyers, 3% journalists, 2% guests. In addition, there were 23% of international visitors and 77% of Italians.
Also notable was an excellent response from the press, with 1.815 registered journalists (35% international) and a significant presence from important magazines that visited Superstudio and spoke with us. Among them: 90+10, Abitare, Artribune, Avvenire, Casabella, Casa Facile, Corriere della Sera, Cose di Casa, D Casa, Design Diffusion, Design Wanted, Divisione Contract, Domus, Elle, Elledecor, Elle Decoration, Fanpage, Forbes, Global Design Wave, Gq, Grazia, Harpers Bazaar, Hearst, Ideat, Il Fatto Quotidiano, Il Giornale, Il Giorno, Il Mattino, Il Messaggero, Il Resto del Carlino, Il Sole24ore, Interni, IoDonna, L’Officiel, La Gazzetta dello Sport, La Nazione, La Repubblica, Lapresse, La Verità, Marie Claire, MD Magazine, MF Fashion, MFL-Magazine For Living, Mondadori, Oggi, Pambianco, Panorama, Platform, Rollingstone, Segno, TrendCompass, TuttoMilano, VanityFair, ViviMilano, Vogue, WU Magazine and many more both natiornal and international that still still not reviewed.
We also had social media, podcasts, radio and Instagram directs, as well as many national TV channels such as La7, Mediaset, Rai, Tg1, Tg2, Skytg24, Tgcom and even FashionTv Brazil.
Numbers and facts that reassure us again about the strong appeal of Milano as a hub of global design. And, mainly, of the grip and prestige of promoter of the kind of design diffused around the city. Just starting from the invention of the Tortona District.
And...Save The Date! For the next edition a huge surprise is waiting for you. Goodbye everyone and see you from 17 to 23 April 2023.

The portal at the entrance of Superstudio Più illuminated by a led-panel with the themes, projects and contents of the 2022 edition flowing 24-hour
Unhinged reference points in the simulator presented by the Japanese company Forum8 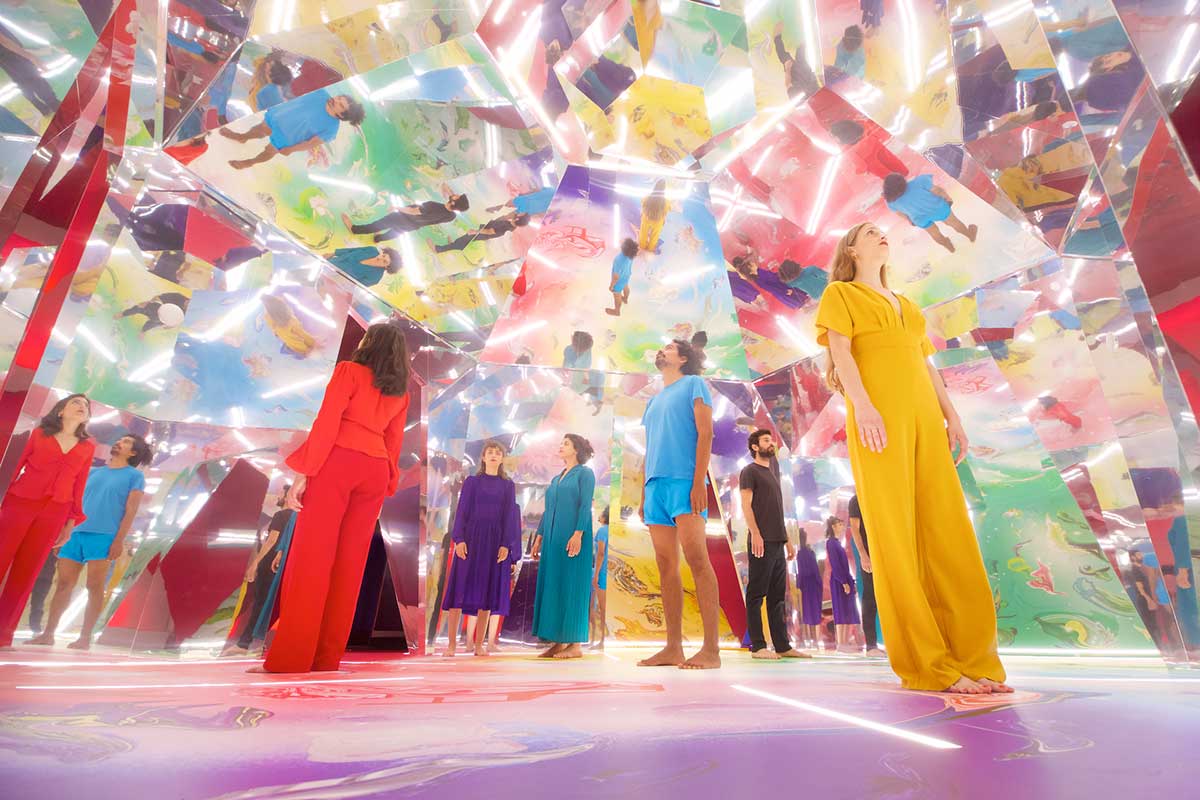 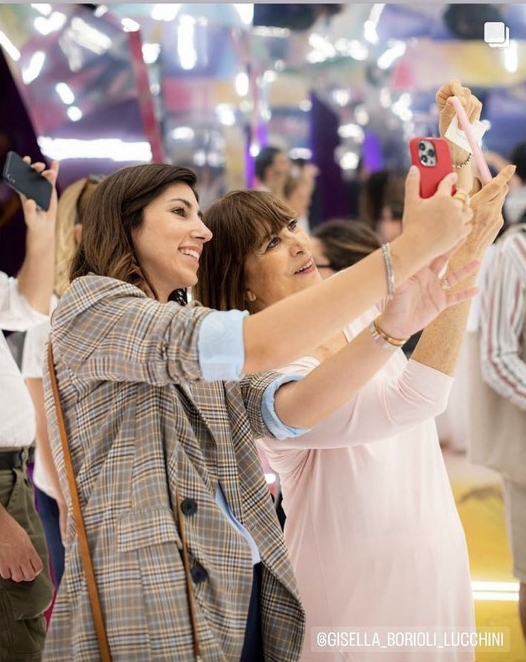 
SUPERDESIGN SHOW 2022 AT SUPERSTUDIO PIU’: THE NUMBERS OF SUCCESS