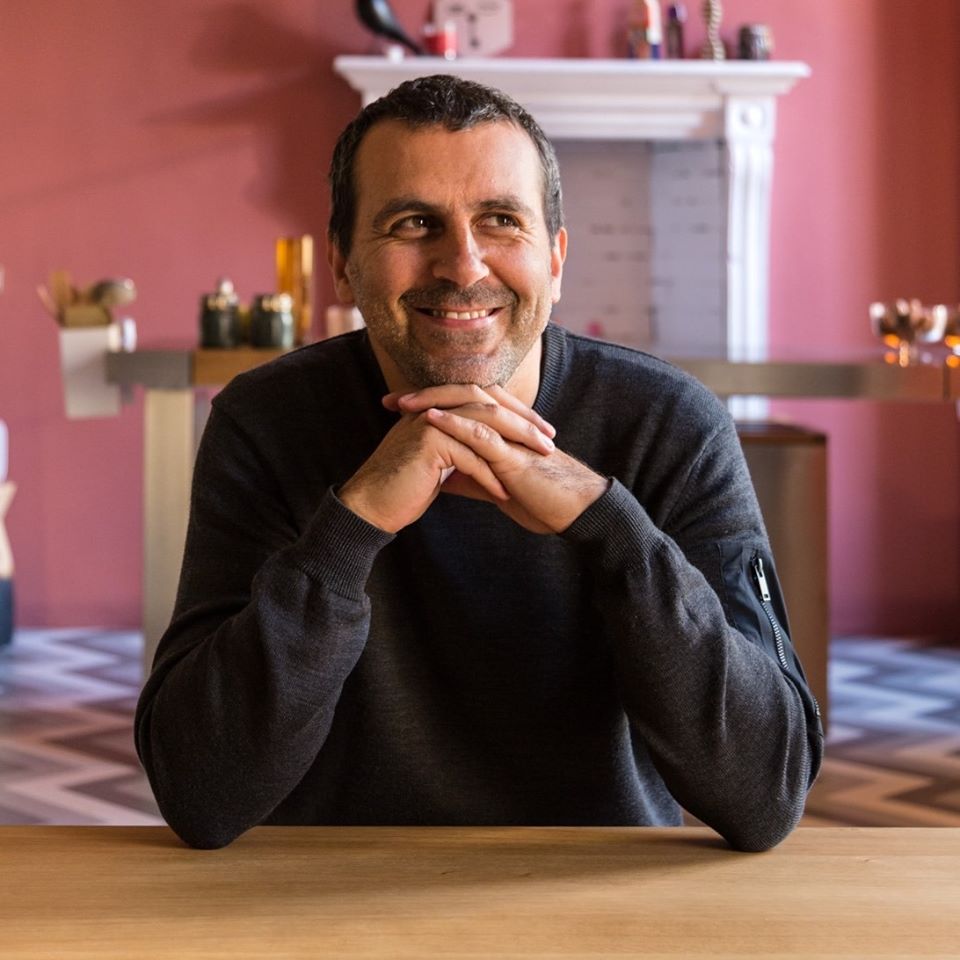 16 years ago, Cristian Confalonieri, a design student back then, had a brilliant insight: while trying to plan what to see in the city during the design week, he realised that on the web there was more or less nothing. This is how the website Fuorisalone.it was born and had become the portal that gathers all the exhibitions and projects of Milan Design Week. He co-founded the company Studiolabo that deals with communication design and territorial marketing. Accepting an invite from Council Member Cristina Tajani, he coordinates the Interzone Focus Group where all the most important players of design take part, including Superstudio.

For the first time in 1991, design showrooms gather together under an official guide called Fuorisalone, by initiative of Gilda Bojardi. In 2000, districts of design were born, by impulse of Superstudio that opens its space to design, with the accomplished creation of Tortona District. Later on, the development of other districts such as Brera and Ventura Lambrate... What is the success of the Fuorisalone, an event that the world envies us and uselessly tries to imitate?
I think the success of Fuorisalone is strictly connected to the inability to define it. And therefore to reduplicate it. Is it an event or a fair? Is it BtoB or BtoC? And so on. It is a strictly Italian model, Milanese actually. The city dimension, a little metropolis as it is usually called, is a fundamental element for the event success. We can shortly go through it and all neighbourhoods (who became then areas, and then districts) feel involved. Of course we must not forget about the compresence of the Salone del Mobile that passively created the Fuorisalone and unfortunately has never actually tuned in. Finally, I think the success is due to the Milanese in the broad sense, therefore all the people that take part in the event in different ways.  There is a form of generosity that invades the Fuorisalone that I don’t often see in other moments,  “less would be enough” yet we all work as best as possible to create something unforgettable.

In the past few years the Fuorisalone has experiences an “excess of success” with a proliferation of events that were not always high level. Do you think that global emergency and the resulting skip of 2020 edition might be a moment of reflection, useful to come back to a higher quality of the proposals?
As you know, we have often discussed together on the quality of the Fuorisalone. I still have not reached a clear thought on the topic, as I can’t really define what is “quality” inside the Fuorisalone. There are too many evaluation criteria of an event and these often oppose one another. For example counting the number of visitors to indicate that an event “has gone well”? I personally think that this year’s pause of reflection may change a lot of people’s position, what is the real value of the Fuorisalone and thus what is the best way to approach it? For example, I don’t think an event must necessary follow the mass at any cost, the number of visitors is not important. An event should generate other events as first purpose.

You never miss our Superdesign Show. Which installations or exhibitions impressed you most?
I have an awful memory but the unforgettable one is Cappellini’s party that started your history, making Tortona District the focus point of the Fuorisalone. I come back every year as I like the selection and planning skills you put into it, in addition to the location you are a project.

In the absence of a real design week, you have created a new project Fuorisalone.tv, with which contents?
This is an experiment with different purposes. First of all, giving a voice to companies that have been left without the event, then to give visibility to the video, that is seldom used in design and however I am convinced it is the future if integrated to a well thought out communication system. On fuorisalone.tv you will find presentations of products and brands, documentaries, live talks and series, a little Netflix of design that presents also especially made and experimented formats. We are satisfied with this bet, we hope it to be stimulating for companies and the system of design.

What do you think will be the evolution of the Fuorisalone in the future? Do you think a new dialogue between Salone del Mobile and Fuorisalone will be possible?
The future of the Fuorisalone is to be not just a physical and local event, but will have a very significant digital element. For example, some companies will not physically come to Milan (for various reasons) and will however be able to be at Fuorisalone through fuoresalone.it, make a talk on fuorisalone.tv, have an article on Superstudio’s magazine and create an event on their own Facebook page at the same time.
I wish a dialogue between the Fuorisalone and the Salone del Mobile more than today, since times of crisis naturally questions the leadership, it would be appropriate to get a collaborative approach to maintain Milan Capital of Design.

I know you have another great passion as well as design and communication of events: game design. There is a table game on Fuorisalone...
Yes I am a fan of games, the healthy ones not gambling, table games, videogames. We have created a table game of Fuorisalone to celebrate 15 years of fuorisalone.it and I’ve had the yen to become the creator. I really liked this experience and in my spare time I keep on trying to be a game designer, I study and follow many events on the theme. Strangely enough, there is not such dedicated top quality event in Milan, who knows... 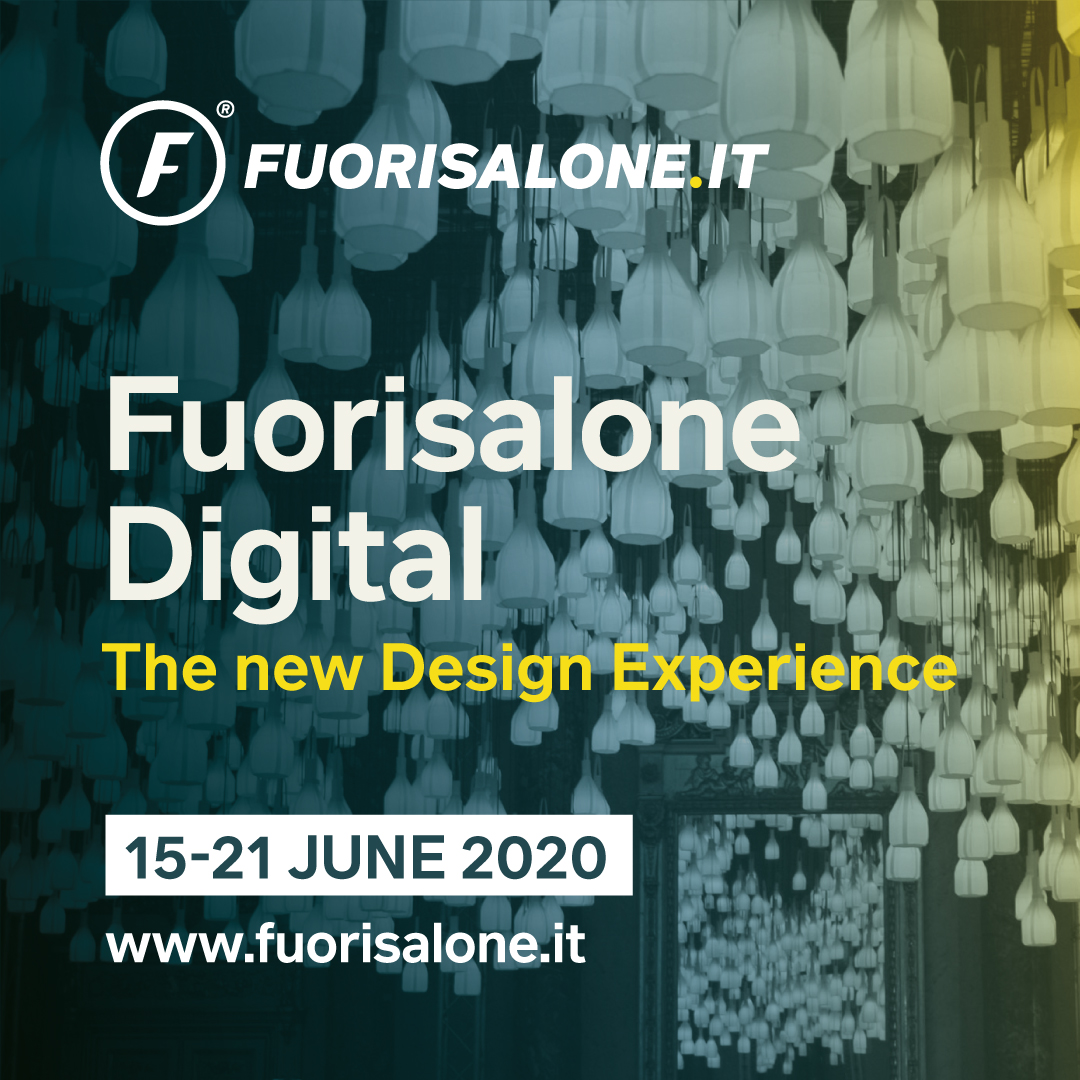 
A SPECIAL POINT OF VIEW ON DESIGN