A book like this on Fiorucci had never been seen before. An incredible story that comes from a small group of people who lived in synergy and symbiosis, in years where everything seemed possible, around an extraordinary man, a pioneer and forerunner of trends, so far ahead that still today he is a source of inspiration.
Franco Marabelli lived the most exciting era with Elio, taking every idea and contributing decisively to every project, especially to legendary shops around the world. Thus the modern concept store was born...

A meticulous archive work and finally the book "Caro Elio" published by Rizzoli...
Without an archive I could not make the book. I got in touch with all people who worked at Fiorucci’s, they were excited and found for me some unique memories. Almost all the books released so far deal with Fiorucci only on the surface, they have not deepened the research. Fiorucci was a smart and prepared people machine out of the ordinary who did not create "Fiorucci style stuff", but unique avant-garde things. I wanted to bring some order, give voice and remember the real protagonists, often forgotten, giving all the appropriate credit to all those who contributed to this magnificent adventure. And then I wanted to show unreliesed works, different projects, never seen before photos, objects I have kept for decades and that I could never deprive myself of.

The book has just been published and everyone is talking about it. Why do you think it has been received in such an extraordinary way, by the press and beyond?
I did not expect such a broad emotional and human feedback from all those who met Fiorucci. Many told me that only I could make a book like this, having worked with Elio, but also frequented his home, his family, traveled for over 12 years together. I wanted to tell his story through testimonials of other people, those who had somenthing good from Elio and who loved him. But it is also a book for those who have not known Fiorucci history, for young people who have only vaguely heard his name. I hope it will help to explain this movement, yes, of course it is, because it was a real breakthrough movement in Italy and abroad.

The book tells very well your collaboration with Elio, from the first meeting, the first consultation... briefly what are the stages of this incredible adventure.
Elio had seen a shop I had designed, Drogheria Solferino, which was very avant garde and he wanted to meet me. He asked me to create a small fresco on San Babila store wall. I kindly replied that I could make a sketch for him to be done later by a painter. Elio realized I wanted to do more for him. An interesting proposal came in the early 1970s: he called me to redo the San Babila jeans department. Thus my consultancy began, as store designer and creative director. I kept changing the image, renovating the space, receiving people from America, in a continuous electrifying exchange of input between Milan and New York. And then we traveled together, did research, bought clothes and accessories never seen before to be sold at the store, in a whirlwind of creativity, friendship, obsessive search for the new.
Then in 1974 we opened the space in via Torino, after being dazzled by shopping centers in New York's suburbs, with transparent glass roofs that dialogue with the sky, nature everywhere, scenic water paths. We sold everything, clothing, furniture, books, cosmetics, plants... There were even a bar and restaurant that stayed open late at night.
We designed with Sottsass and Branzi the New York store which opened in 1976, an American loft next to Bloomingdale’s. A space that constantly changed and hosted events, exhibitions, performances and collaborations by artists and intellectuals such as Antonio Lopez, Andy Warhol, Colette, Truman Capote, Klaus Nomi, Grace Jones, Bob Colacello... After the show, the next day everything was back as before.
Mobility was Fiorucci’s strength. In addition to being an architect, I wasn’t afraid to also go to the warehouse in order to see what was there. If the warehouse worked, the store worked too.
And then stores were designed in Brazil, Chile, Los Angeles, Chicago, Boston, and Miami.

The most significant object, project and graphics for you.
A project where I left my heart undoubtedly the New York store: we did things never seen before, thanks also to the wide spaces. It was like a soundstage, we went on stage every single day: during the day at Fiorucci and in the evening at Studio 54.
In fashion world, transparent jeans with red stitching that I also wanted on book’s cover are extraordinary. No one in the world had ever made them, a piece of clothing that few could wear and only in certain situations. It belongs to Studio 54 era. You were sweating, you couldn’t take them off, but you felt great wearing them.
As graphics I like to remember one which is not particularly striking but important. It was the beginning of the first PCs: a graphic with circuits symbols and drawings and computer elements by Carlo Pignagnoli, one who was too far ahead, beyond. The PC was an event, it took you two hours to turn it on, it was even slower than writing by hand. Here Fiorucci creates a writing paper with new digital age symbols. I think it’s brilliant.
But if you asked the same question to Elio he would answer his beloved Pin Up or the little angels.

A value and a flaw of Elio.
Many qualities, but like everyone else, he had hidden flaws. He welcomed you with sunny disposition and made you feel comfortable, always kind to everyone. He fought with very few people, he was too sensitive. He was never gross and did not like grossness. His worst flaw was his determination not to want to listen to reason if he got something in mind. Flaw that brought the company to critical moments, but he lived life as he wanted, traveling, having fun, meeting people. He was always surrounded by friends, Elio never wanted to be alone. In his houses there was movement as in his shops. And then maybe he was too generous... Always paying, always helping everyone, even financially.
To him the great merit of being able to unite a group of people who worked together and translated his ideas: we fought but we were united by an invisible thread that bound us. Those who entered and could not join this thread, left after 6 months but without anger, with the happiness of having been in a unique place that made your mind open. Offices were all adjacent to each other, and this allowed us a continuous ideas exchange, including graphics, materials, style department, press office... a mixture that worked very well. Today everything is sector-specific, a colleague does not talk to the other, it’s all based on market research. We did things we liked, sometimes they were good and sometimes not, never mind, but we had a free expression which automatically united us. Elio didn’t tell us what we had to do, he made harmony and we created.

What Elio bequeated today’s creative people, in your opinion
Now there’s marketing, we work differently. We did a personal research and communication. Today studies are very often virtual, done on the internet. Everyone sees more or less the same things that Google offers you. We went around, from London to Hong Kong, from markets in Mexico to shops in Paris, we found objects, ideas, shapes and colors around the world. We visited all museums and art galleries personally, studying their volumes, their lights, picking up vibe.
And then there was exchange with people, you looked them in the eyes. Today in front of the screen all day long, you live in a dimension without physical contacts, losing even the manual skills.

What will become of archive you have collected over the years?
I wish it could find a home to be open to visitors. And I would like to keep working on it, expand it and reorganize it more efficiently. A dream for now, in the meantime it lives forever in a book.
______

“Dear Elio: A Marvelous Journey into the World of Fiorucci” by Franco Marabelli.
In collaboration with Franca Soncini, art director Pier Paolo Pitacco.
The book, published by Rizzoli for Mondadori Electa in Italian version, is distributed in the best physical and online bookstores.
English edition will also be available from March 2021. 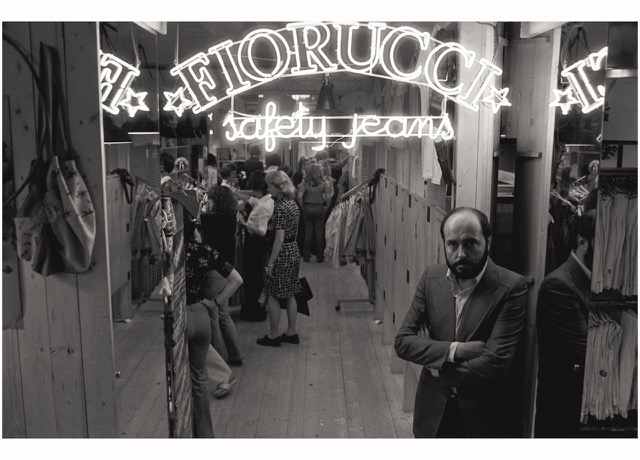 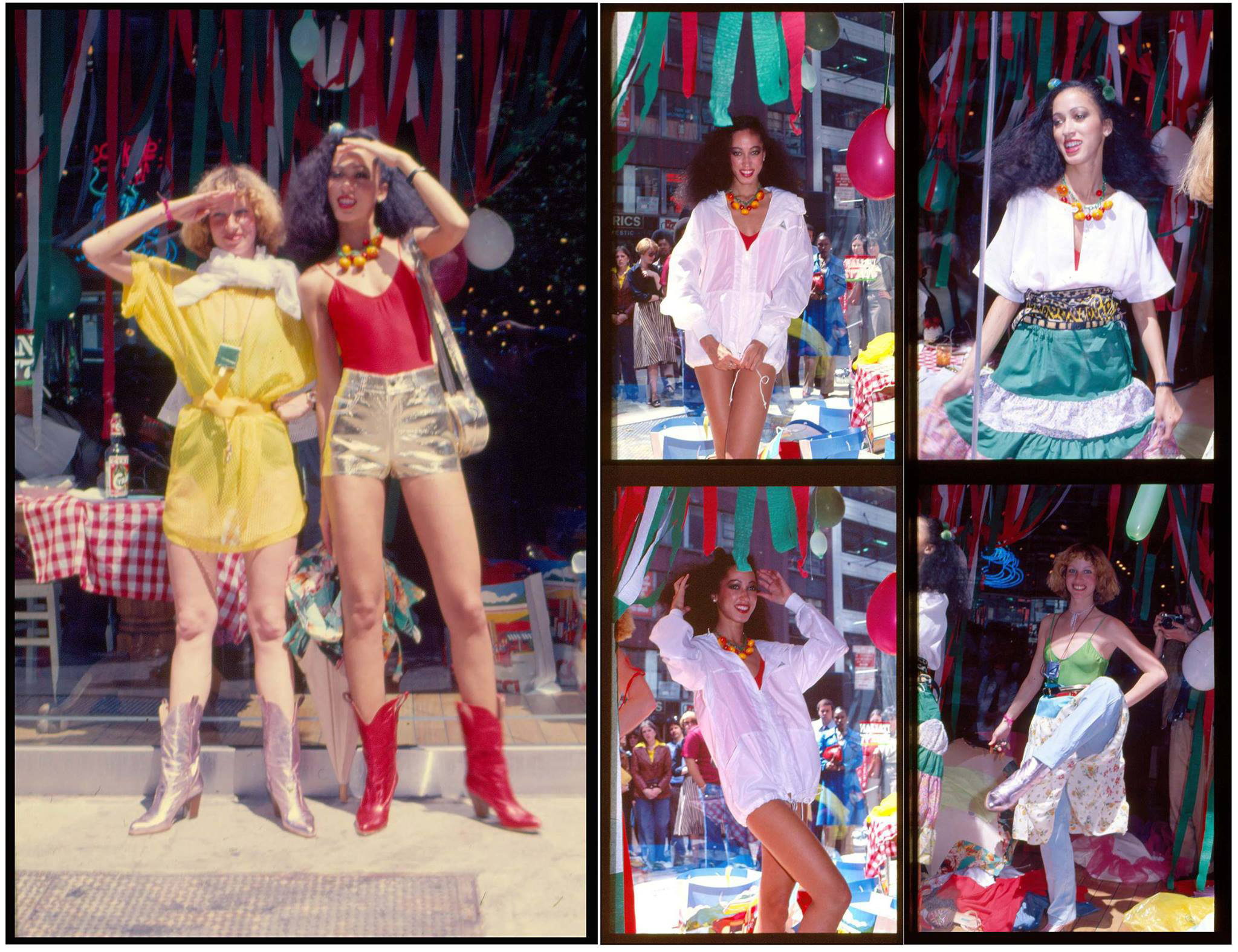 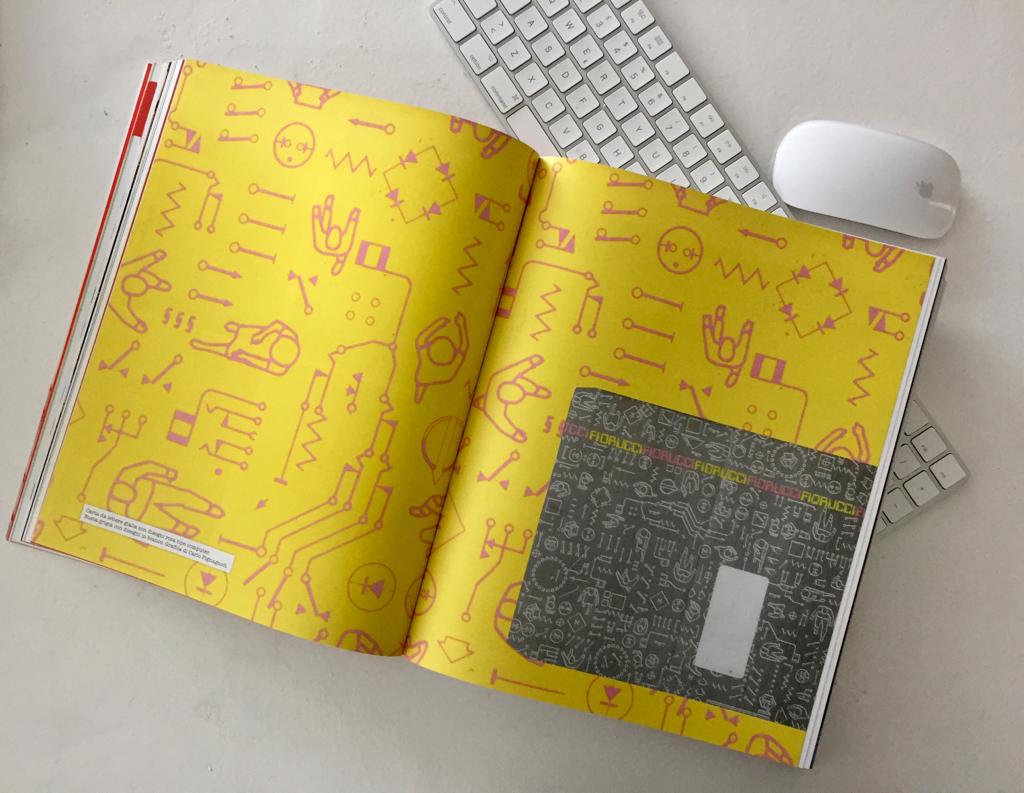